Rob was born and raised in New Westminster, performing at Massey Theatre since the 1970s, and has been singing and playing in bands since the age of 10. As a founding member of his most recent band, Rob sang and played bass guitar for Vancouver’s Blue Meenies for over 25 years.

Son of Maple Leaf Singers’ founders George and Marie Gillis, Rob has grown up with MLS in his blood. Before the days of accompaniment tracks, he played drums and percussion for the chorus starting at the early age of 8.

Rob says, “Carrying forward the proud 51-year legacy of the Maple Leaf Signers is an honour. Providing theatre quality entertainment to those unable to get to the theatre is a joy I wish everyone could experience. The people we are able to touch through the power of music is only surpassed by our amazing members. So, if you like to sing, come audition… and join our Maple Leaf Singers family!” 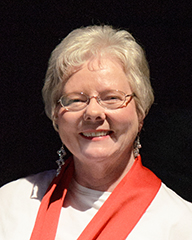 A Vancouver native, Gail MacDonald graduated from John Oliver High School and received her Bachelor of Music degree and Teacher Certification from UBC. She has been a Music and ELL Specialist Teacher for over 40 years, working with students ranging from Kindergarten to Adult Education.

As a chorister, Gail has performed locally, nationally, and internationally. She is a former Director of the Burnaby District Children’s Choir and currently directs Andante, the Burnaby Retired Teachers Choir.

A member of the Maple Leaf Singers since 1998, Gail enjoys singing and accompanying our varied repertoire. In 2015, she received the Joyce O. Maguire Award from the BC Choral Federation for outstanding long-term service as a choral accompanist. 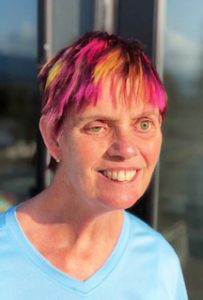 For Marilyn Rushton, music is like a second language. She began playing piano at the age of five. Throughout her school years, she sang in school choirs and in a girls’ quartet.

Marilyn sang on radio jingles and worked in piano bars for nearly 15 years before taking on the role of co-director of the Burnaby Children’s Choir from the late 1980s to 2000. Marilyn received a Bachelor of Music Education degree from UBC in 2000 and joined the Maple Leaf Singers in 2001. She completed a Master’s Degree in Special Education in 2002. She is a vision teacher with the Vancouver School District and regularly incorporates music into her students’ programs.